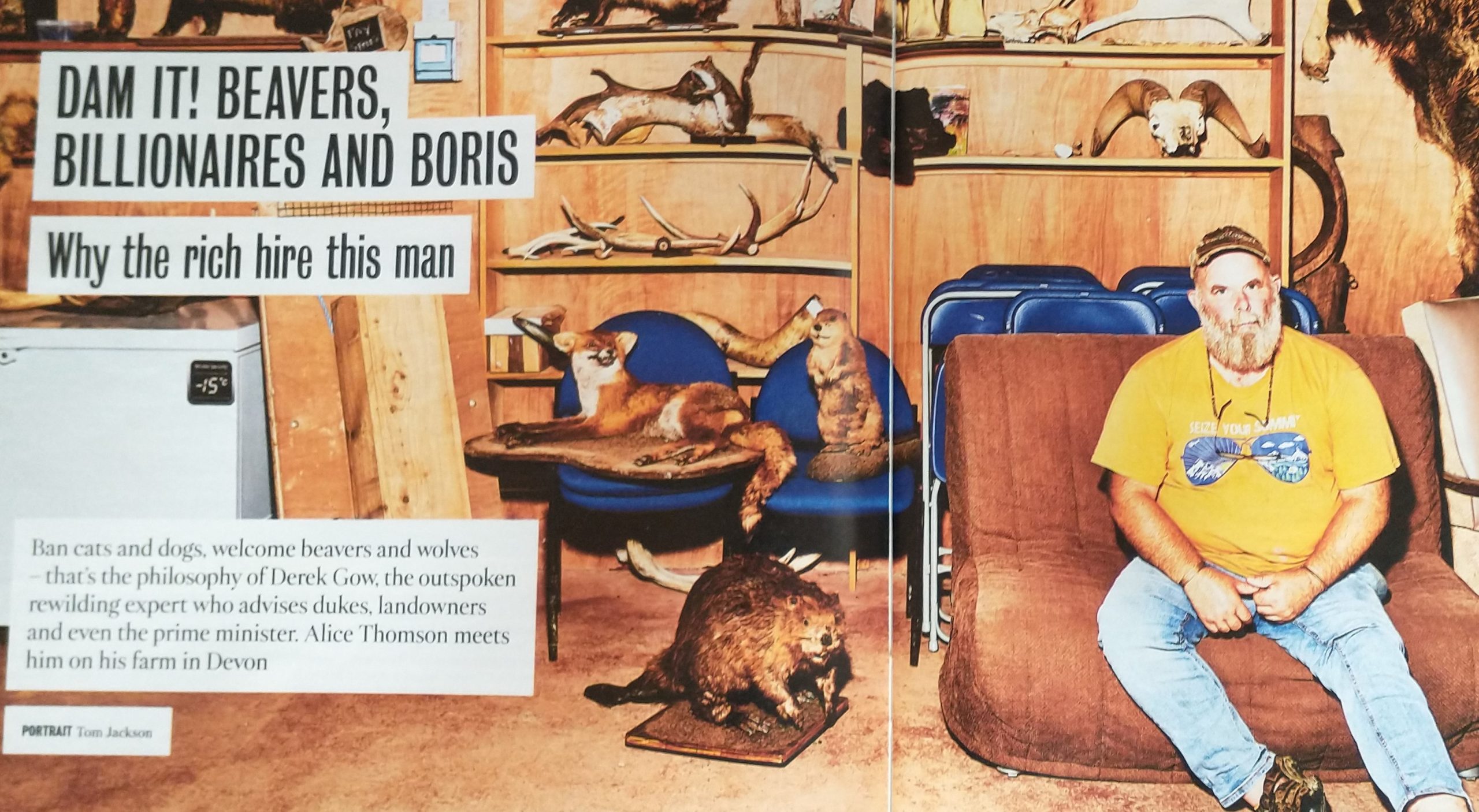 I love a maverick. Derek Gow, is a much-lauded rewilding maverick. I have just been reading about him and his work in this weekend’s Times Magazine.

Having spent some time looking at flooding and planting for wildlife in various past occupations, I have been thoroughly enjoying the UK Beaver success story. Really, what’s not to like? We benefit from their ability to reinvigorate biodiversity and provide flood and drought mitigation services. Even the fishermen can’t get upset as they enable an increase in fish stocks.

As we tiptoe to reintroducing this keystone species back into the UK we are supposed to ensure they stay within contained areas, behind high fences. Well, this guy admits that some appear to have mysteriously escaped across Devon. As a result, and as we experience more and more periods of extreme weather events they are beginning to get out there and do their job a heck of a lot more effectively and quickly than our Environment Agency ever could.

Please don’t tell me this is wrong, that we need to be careful, the potential implications…. To my mind, this is a lot less of a risk than many of the other things that slip through the proverbial net. If Mr and Mrs Beaver did suddenly turn ‘bad’, well we managed to make them extinct in the past…. Besides, I am aware of the policy changes, the policy omissions, the lobbying which is allowing polluters to carry on polluting. The long-term consequences of which are a lot more devastating to the environment, our collective health and well being than a few Beavers setting up home on an unregulated part of the river near you. I only wish we had a river running through Jordan’s Farm, I’d be on the blower to him straight away!

The article has a few interesting points:

“Beaver activity can undermine riverbanks and impede farmland drainage, making fields to waterlogged for cropping or grazing”But a report into the Beavers that Gow helped re-establish on the River Otter in Devon five years ago shows not only that they have reduced flooding in the local area, but they have helped clean water supplies, removing large qualities of soil, manure, slurry and fertilisers. They also encourage more amphibians, wildfowl and water voles. Fish numbers have increased where Beavers build their dams, the trout leaping over their constructions and 37% more fish in Beaver ponds, so fishing fans need not feel alarmed.”

I would add a note in response to Phil Jarvis too. Most riverbanks have been straightened, raised, tided. Crops are taken (unnaturally) to the bank edge. Rather than undermining the riverbank, the Beaver widens the river, they create a series of pools with connecting channels. These hold the water in times of flood and restrict the amount of downstream flooding, making it less likely that fields and homes will flood. Natural flood management techniques work similarly (but not as well) as the Beaver, they utilise a greater area for water storage. They and the Beaver enable the water to be held and then to percolate back into the ground, this minimises drought risk, something else we see more off as our climate changes. So, my response to Phill Jarvis is that by giving up some of the land adjacent to our rivers that used to flood we are more likely to be able to manage flood water effectively overall, so less flooding everywhere and reduce the need to irrigate crops. Plus, we increase biodiversity and crucially for food production, insect numbers. Time to rethink and quickly.

All hail the maverick.

(Oh, and if you want to know the Boris connection as per the photo from the article. Boris wanted to give his Dad a couple of Beavers for his birthday. However, he, his sister and father could not agree where their pond should go….)